Launched in 2008, GDotTV (https://GDotTV.com) is the first LGBT+ community focused online video channel in Hong Kong, utilizing new media as a platform for promotion of awareness and equality for the LGBT+ community while encouraging fellows to become part of the movement to further empower the community.

From 2008 to 2018, the team produced more than 500 video clips that cover a wide variety of topics and themes, including event highlights and behind-the-scenes, interviews, documentaries, talk shows, dramas and music videos, etc. Some of which were recognized and shown in local and overseas film festivals. The YouTube channel gained traction and achieved over 2.5 million cumulative views. While raising the visibility of LGBT+ people, they strived to document the LGBT+ movement in Hong Kong.

In 2015, with the changing landscape of the digital ecosystem, GDotTV transformed into an advocacy media focused on providing textual content such as local and overseas LGBT+ news, in-depth features, interviews, and commentaries. They also welcome individuals to submit articles to add to the discourses on LGBT+ rights. At the peak, the website recorded more than 100,000 page views per month for three consecutive months. In 2018, due to the heavy commitment of their core members to organising the “Hong Kong Queer Literary and Cultural Festival”, the website suspended its updates temporarily.

More than two years later, in response to social needs, GDotTV decided to reassemble the team and relaunch the operation in April 2021. Over the past year or so, they strived to publish regularly with at least two pieces of gender or LGBT+ related articles every week. Meanwhile, their team compiled three databases that detailed the judicial review cases for LGBT rights in Hong Kong, publicly out Hong Kong celebrities and places that allow for same-sex marriage worldwide in a hope to shed some lights on the context of LGBT+ equality and movement for their readers. In August 2022, GDotTV launched a database of LGBT+ friendly shops and businesses across Hong Kong to enable the community to see and feel a more inclusive and friendly environment.

In addition, GDotTV also attaches great importance to empowering the community. Their voluntary editorial team has expanded from a few people at the beginning to more than 20 people at the moment. In times of difficulty, they aspire to move forward slowly and grow together. Through continuous participation in the operation of media platforms, they can all engage in learning and promoting their own topics of interest in the movement. 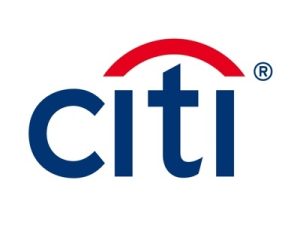